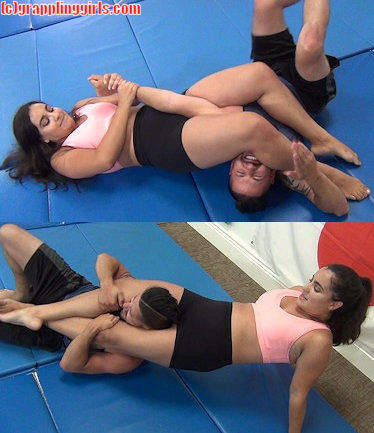 at the same gym as she does. Initially he lets her put him in some holds and eventually they two start grappling and Julia tries her best to trap him with her legs. Unfortunately the